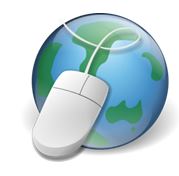 From Sinai to Siri: A Technologist’s Perspective Dvar Torah by Professor Jim Hendler

From ancient rites to modern halacha, Jewish thinking has been pervaded by a deep respect for language as a key determiner of the understanding needed for spirituality, respect for others, and respect for ourselves. Will an emerging world of intelligent machines change what it means to be the “the people of the book?”