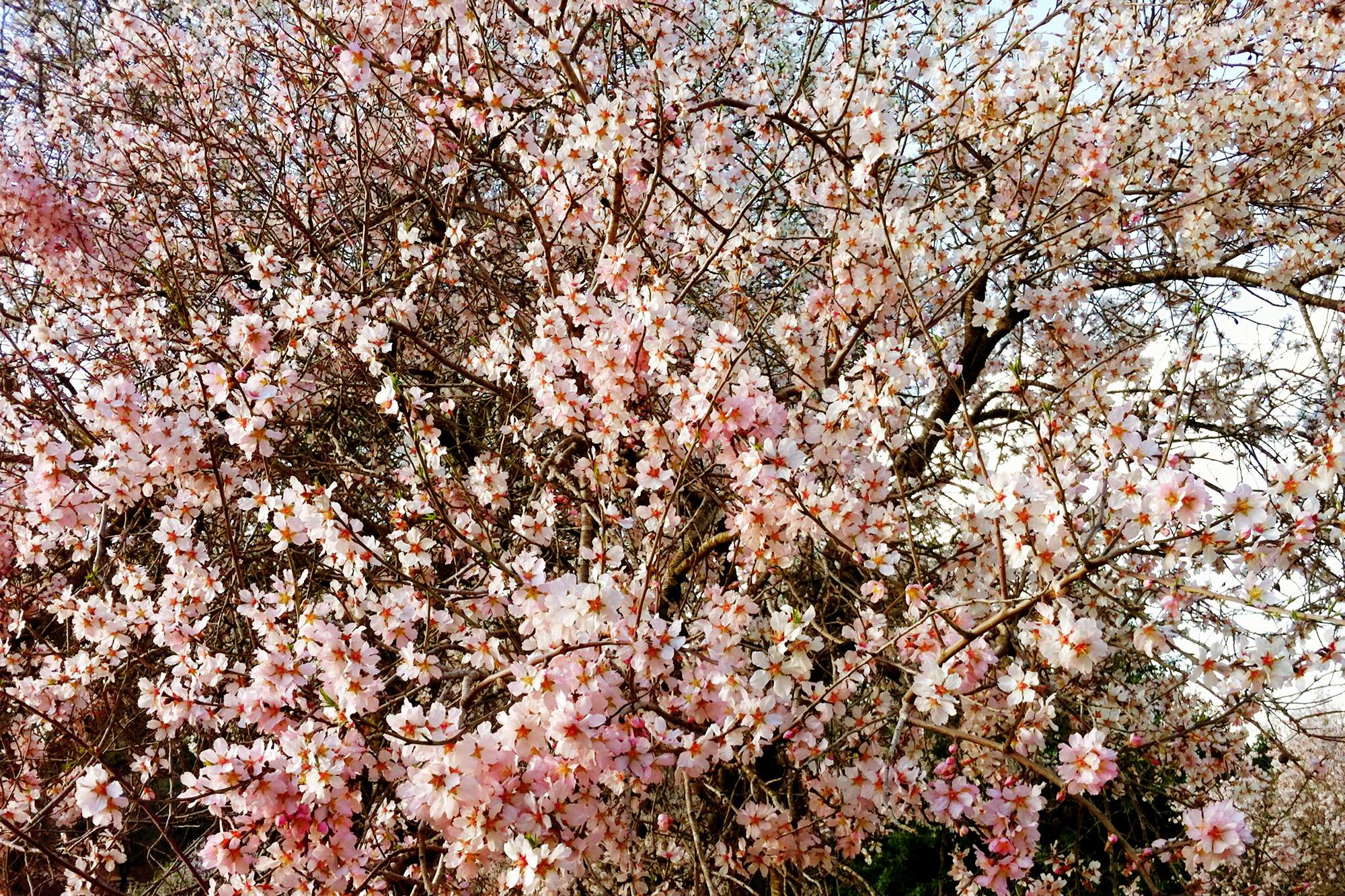 Tu B’Shevat (15th of the month of Shevat) is a holiday intimately connected to the agricultural cycle of the Land of Israel. Falling in the middle of the Jewish month of Shevat, the 15th day of the month is the New Year of Trees. When the Temple stood in Jerusalem, Tu B’Shevat served as the day on which farmers offered the first fruits of the trees they planted, after the trees had turned four years old. The following Tu B’Shevat signified when the farmers were allowed to begin making use of the produce of the trees they planted, whether for personal or economic reasons. Today, this holiday is often celebrated by planting saplings and also by participating in a seder-meal that echoes the Passover seder, in which the produce of trees, including fruits and nuts, are eaten.

Traditionally, Tu B’Shevat was not a Jewish festival. Rather, it marked an important date for Jewish farmers in ancient times. The Torah states, “When you enter the land [of Israel] and plant any tree for food, you shall regard its fruit as forbidden. Three years it shall be forbidden for you, not to be eaten” (Leviticus 19:23). The fruit of the fourth year was to be offered to the priests in the Temple as a gift of gratitude for the bounty of the land, and the fifth-year fruit–and all subsequent fruit–was finally for the farmer. This law, however, raised the question of how farmers were to mark the “birthday” of a tree. The Rabbis therefore established the 15th of the month of Shevat as a general “birthday” for all trees, regardless of when they were actually planted.

Fruit trees were awarded special status in the Torah because of their importance in sustaining life and as a symbol of God’s divine favor. Even during times of war, God warns the Israelites, “When in your war against a city you have to besiege it a long time in order to capture it, you must not destroy its trees… Are trees of the field human to withdraw before you into the besieged city? Only trees that you know do not yield food may be destroyed” (Deuteronomy 20:19-20).

History: Subsequent to the destruction of the Temple, Tu B’Shevat lost much of its relevance and could easily have faded away after the destruction of the Second Temple in 70 CE, since there was no longer a system of fruit offerings or Temple priests to receive them. However, the kabbalists (mystics) of Tzfat (the city of Safed) in the Land of Israel in the 16th century created a new ritual to celebrate Tu B’Shevat called the Feast of Fruits.

Modeled on the Passover seder, participants would read selections from the Hebrew Bible and Rabbinic literature, and eat fruits and nuts traditionally associated with the land of Israel. According to Deuteronomy 8:8, there are five fruits and two grains associated with Israel as a “land of wheat and barley, of vines, figs and pomegranates, a land of olive trees, and [date] honey.” The kabbalists also gave a prominent place to almonds in the Tu B’Shevat seder, since the almond trees were believed to be the first of all trees in Israel to blossom.

Participants in the kabbalistic seder would also drink four cups of wine: white wine (to symbolize winter), white with some red (a harbinger of the coming of spring); red with some white (early spring) and finally all red (spring and summer). Complete with biblical and rabbinic readings, these kabbalists produced a Tu B’Shevat Haggadah in 1753 called “Pri Etz Hadar” or “Fruit of the Goodly Tree.”

In medieval times, kabbalists (Jewish mystics) gave Tu B’Shevat greater spiritual significance. Seeing in Tu B’Shevat a vehicle for mystical ideas, the kabbalists imbued Tu B’Shevat with new religious significance as well as created elaborate new symbolic rituals. According to Lurianic Kabbalah (which is a form of mysticism studied by the students of Isaac Luria), all physical forms, including human beings, hide within them a spark of the Divine Presence. This is similar to some kinds of fruits or nuts, which hide within them seeds of new life and potential growth. In Jewish mysticism, human actions can release these sparks and help increase God’s presence in the world. On Tu B’Shevat, the kabbalists would eat certain fruits associated with the land of Israel as a symbolic way of releasing these divine sparks.

With the rise of Zionism in the late 19th century, Tu B’Shevat was rediscovered as a celebration that links the Jews with their land. The holiday became one of rededication to the ecology of the denuded land, with the planting of trees taking center stage in the celebration. Jews outside of Israel contribute money to plant trees there and/or plant trees in their own communities.

When Zionist pioneers began returning to the land of Israel in the late 19th century, Tu B’Shevat became an opportunity for these ardent agrarians to celebrate the bounty of a restored ecology in Israel. In ancient times, the land of Israel was once fertile and well forested. Over centuries of repeated conquest, destructions, and desertification, Israel was denuded of trees. The early Zionists seized upon Tu B’shevat as an opportunity to celebrate their tree-planting efforts to restore the ecology of ancient Israel and as a symbol of renewed growth and flowering of the Jewish people returning to their ancestral homeland.

In modern times, Tu B’Shevat continues to be an opportunity for planting trees, in Israel and elsewhere, wherever Jews live. Many American and European Jews observe Tu B’Shevat by contributing money to the The Jewish National Fund, an organization devoted to reforesting Israel (the purchase of trees in JNF forests is also customary to commemorate a celebration such as a Bar or Bat Mitzvah). Many parents donate to the JNF every year on Tu B’Shevat in honor of their children.

With the increased concern for the environment in recent years, Tu B’Shevat has taken on an additional meaning as a day on which Jews can express and act on their concern for the ecological well-being of the world in which we live. This has led to the rediscovery of the mystical Tu B’Shevat seder, now transformed into a celebration of God’s bounty and the environment.

Four New Years: At a later time, the Rabbis of the Talmud established four “new years” throughout the Jewish calendar Rosh Hashannah, or the Jewish New Year for the calendar date; a new year for establishing the reign of kings; a new year for tithing animals of Jewish farmers to be given to the Temple; and finally, Tu B’Shevat, the new year for the trees (Mishnah, Rosh Hashanah 1:1). The Rabbis discussed why this date was chosen; saying that Tu B’Shevat falls after mid-winter (usually in February), they concluded that the majority of the annual rainfall has usually already fallen by this time in the land of Israel, thus yielding a healthy, water-logged soil in which to plant new trees (Talmud, Rosh Hashanah 57a).