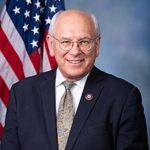 Albany, NY – Congressman Paul D. Tonko will provide an update on a wide range of topics ranging from the state of affairs in our nation’s capital to how the national scene affects New York State and beyond at Congregation Ohav Shalom’s September Sunday Schmooze on Sunday, September 8, 2019. The event begins at 10AM and is being held at 113 New Krumkill Road in Albany. Attendance requires a minimum donation of $10.

“We are honored to welcome Congressman Tonko back to our congregation,” said Rabbi Rena Kieval. “We look forward to learning about the important happenings in Washington directly from our representative. Our congregants and our entire community are eager to hear Congressman Tonko’s insights and knowledge on the matters that impact us all.”

Congressman Paul D. Tonko is a sixth-term member of the U.S. House of Representatives, representing New York’s 20th Congressional District in the Capital Region, including the cities of Albany, Schenectady, Troy, Saratoga Springs and his hometown of Amsterdam. Throughout his career, he has been a champion for the working class, advancing policies that create jobs, provide economic opportunity and ensure senior citizens can retire with dignity. Tonko is a member of the Committee on Energy and Commerce and was elected by his peers to serve as chair of the Subcommittee on the Environment and Climate Change, where he oversees a wide range of issues including clean drinking water, regulation of toxic substances and national climate action. In addition, he was appointed to join the Committee on Natural Resources and to continue his service on the Science, Space, and Technology Committee where he has been a longtime advocate for scientific integrity and public research. In addition to his committee duties, Tonko co-chairs the Sustainable Energy and Environment Coalition.

The $10 fee for this event includes light breakfast fare. Registration is required for security reasons. Event information and registration may be found at https://www.ohavshalom.org/get-involved/events/. Reservations may also be made with Cecelia Soloviev at assistant@ohavshalom.org or 518.489.4706.

Ohav Shalom’s “Sunday Schmooze” program features speakers that are of special interest to congregants as well as the wider community. Congressman Tonko was the featured speaker at the program’s debut in 2017, providing a lively presentation and interchange for attendees. The Tonko Sunday Schmooze is partially underwritten by the Board of Directors of the Congregation Ohav Shalom Housing Development Fund Company, Inc. and is hosted by the Ohav Shalom Men’s Club.